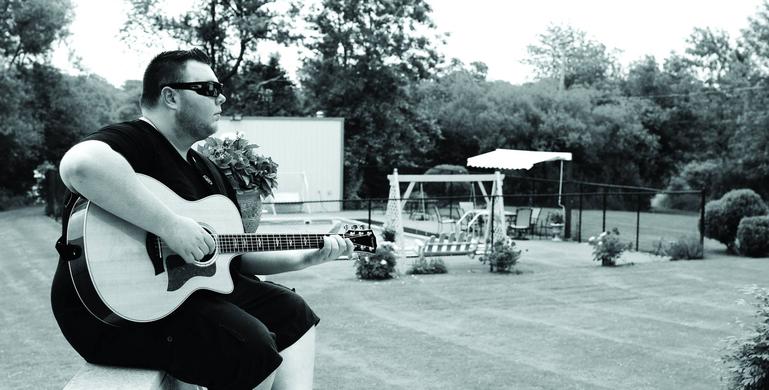 Cam Caruso is a singer, songwriter, audio engineer, and producer from Oswego, NY. He has a bachelor’s degree in audio recording & production from SUNY Oswego in 2017. Cam discovered his love for music when he was 13 years old when he taught himself how to play guitar over summer vacation. He began to participate in choirs and musicals throughout middle and high school. At age 17, Cam performed at Carnegie Hall with 200 other high schoolers for the Heritage Festival in 2012. During his undergrad, Cam continued to perform in choirs around the United States and discovered a new-found love for audio recording. Cam’s final project for college was a full-length album which he composed, engineered, produced, and performed in. His debut album, On the Other Side, was later nominated for a Syracuse Area Music Award (SAMMY) in 2018.

While studying for his undergrad and after graduation, Cam began building a repertoire of cover songs to perform at various bars and restaurants around Central New York as a source of income. Cam has learned over 300 cover songs from pop, rock, folk, jazz, and country from several decades. Cam also worked on his craft as a songwriter during his downtime from gigs. He has opened for nationally touring acts such as The End of America and Jacob Johnson. In early 2020, Cam performed with renown singer/songwriter, Chris Trapper, who is known for songs in feature films such as August Rush. Cam was also nominated for another SAMMY award in 2020 for his EP, Up Above & Down Below, which ended up winning in the Singer/Songwriter category.

Cam has honed his skills as an audio engineer and producer since 2015. His experience in undergrad, grad school, internships, hired and personal projects has turned him into a versatile asset on both sides of the glass. Due to his experience as a singer, Cam specializes in pitch-correction through the powerful software, Celemony Melodyne. Besides his personal projects, Cam has engineered and produced several records in Central New York including an EP by Gary Carpentier, who was on season 13 of NBC’s The Voice. Cam has also performed backup vocals for various records.

Cam is currently learning/writing more songs, along with working on his engineering/producing skills through Berklee Online’s master’s program in music production. If you would like to hire Cam Caruso for a venue, special occasion, or recording session, please click "Contact" at the top of the page.